Charity campaigns are very important at Weyermann® and many employees of the Bamberg specialty malts manufacture take the mission of “doing good” seriously.

One of them is Tanja Kopsch, our Weyermann® management assistant.

She took part in the “Sternenzelt” charity run, which was organized by the endurance sports clubs in and around Bamberg.

The aim of the 24-hour charity run in Bamberg’s Fuchspark Stadium was to collect as many kilometers as possible in order to raise the highest possible sum for the “Sternenzelt Bamberg Children’s and Youth Hospice”.

The kilometers collected were reimbursed by the runners themselves or a sponsor with at least 1 € per kilometer.

Tanja Kopsch acted as her own main sponsor, but could also count on our boss Sabine Weyermann, who was happy to sponsor the experienced runner and the project close to Tanja’s heart !

A remarkable achievement that deserves our fullest respect and applause.

Touched by this generous support and gesture from our boss, Tanja Kopsch thanked her with the following words:

“I am overwhelmed – thank you very much for supporting this project with such a generous sum!

The need for facilities for terminally ill children is high. So far there is only one (!) facility in Bavaria. This means that the new children’s hospice in Bamberg is of great importance. The financing for stationary children and youth hospices is not covered by the long-term care insurance. Here, we must act!

Each of these young fighters deserves a piece of luck – no matter how small it is.

I am so happy and grateful that we were able to play a part in bringing a smile to the affected children’s faces and relieving the burden on the families!”

Thanks to all the fantastic athletes and generous sponsors, the goal of €10,000 in donations was reached.

The “Children’s and Youth Hospice Sternenzelt Bamberg” is still under construction. Every Euro will be needed until completion in 2023 and beyond.

Donations can be made to the following donation account:

We welcome Corinna Derwanz to our team 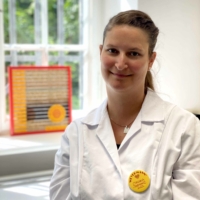 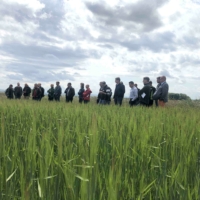