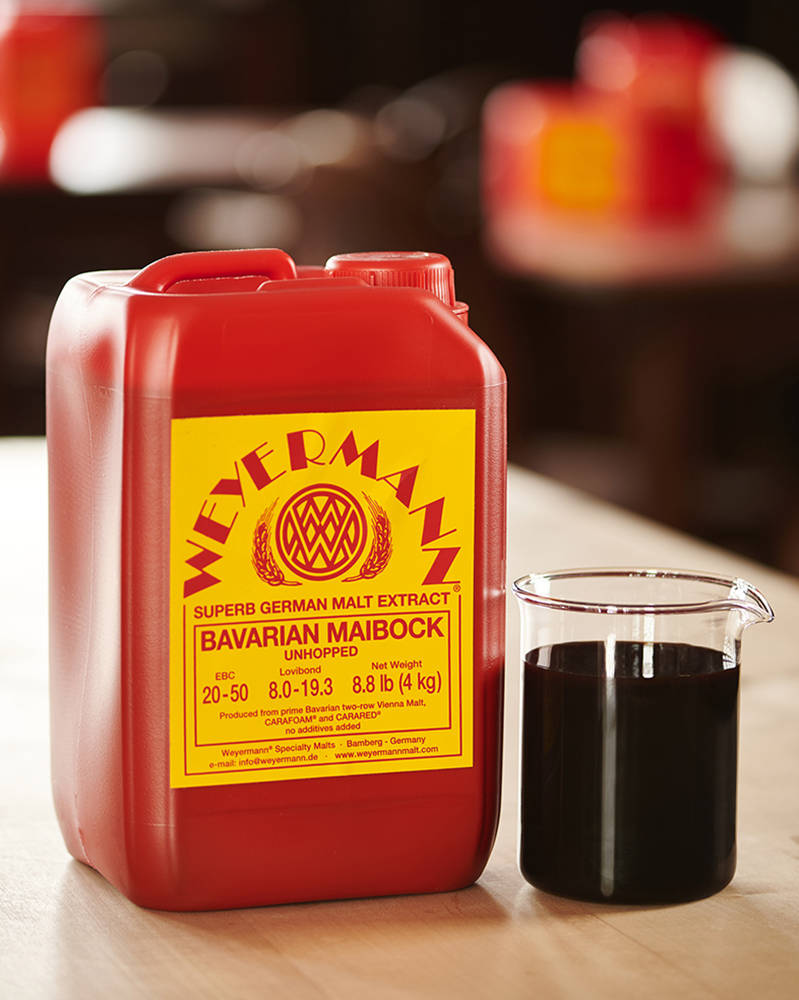 Weyermann® Bavarian Maibock is an un-hopped malt extract with approx. 75% extract, a golden-brown color and a fine, sweet malt aroma.

For the production, a traditional mash preparation and wort boiling is carried out according to the beer type. The authentic beer wort produced in this way is clarified before evaporation by means of a high-performance centrifuge. After evaporation, an aseptic hot filling takes place in container sizes from 4 kg to 1200 kg.

The desired wort gravity can be selected by means of a dilution table with brewing water. Weyermann® malt extracts can be combined with all hop products. The duration of the wort boiling depends on the isomerization time of the hop products used and the desired bitterness.

Adjusted to the corresponding wort, the Weyermann® Maibock malt extract corresponds to a traditional German Maibock in taste and visual appearance. Through the individual selection of hops, yeast and fermentation, adapted to the beer type, various beer styles can be brewed, such as:

Very well suited for Krausen dosage prior to secondary fermentation or for bottle fermentation.

All Weyermann® malt extracts can be combined with each other, as well as with Weyermann® SINAMAR®, for more individual recipe creations.