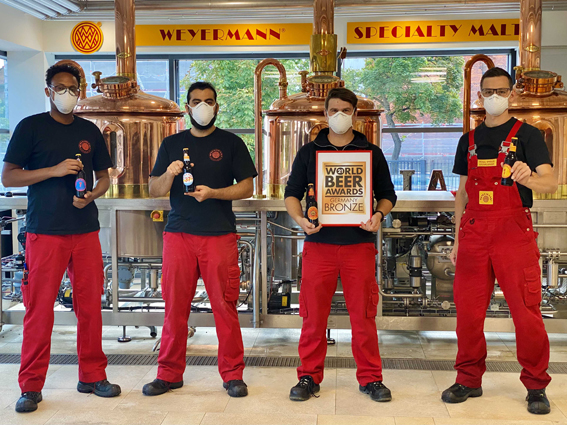 Wonderful news from the World Beer Awards: Four beers from our Weyermann® brew manufacture win bronze! This is the fourth award in a row at the international beer competition for us.

The winners come from a variety of categories. The winner beers are the top-fermented Altbier Weyermann® Rheinaufwärts Alt, the rye beer Rye PA, the smoke beer Schlotfegerla® and the Bamberger Hofbräu® Rotbier.

The beers are craft brewed with selected ingredients according to the recipes of master brewer Constantin Förtner (3rd from left). He and his team are very happy with the newly won awards.

Our Weyermann® Rheinaufwärts Alt is one of the brewery´s latest creations and has already won an award at the Frankfurt International Beer Trophy this year. A modern interpretation of a classic top-fermented Ale is our Weyermann® Rye PA. Rye lets the beer develop a particularly creamy taste.

The World Beer Awards are held annually. Beers are submitted for this competition from countries all over the world. International experts evaluate the beers and award gold, silver, and bronze in the respective categories.

Congratulations to the team of the brew manufacture. What a well-deserved award!

Italian Weyermann® customer is brewery of the year 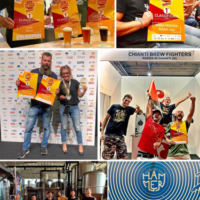 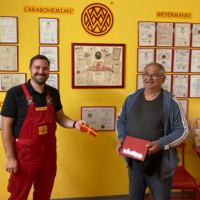 We say goodbye to Andras Budai
Scroll to top