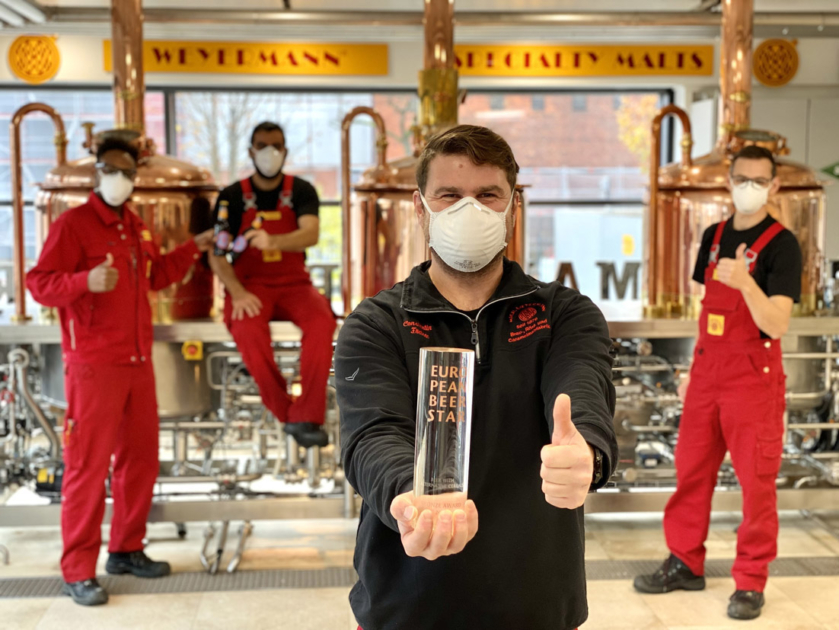 Fantastic news from the European Beer Star: Our Weyermann® beer “Bamberg Rogg’t” wins bronze at one of the world’s most important beer competitions! Out of more than 2,000 beers submitted, the rye beer from the Weyermann® brew manufacture belongs to the elite circle of the best beers in the world.

The winning beer presents itself chestnut brown with delicious aromas of nut and biscuit. The use of rye gives the beer a wonderfully creamy and full-bodied taste. Master brewer Constantin Förtner is thrilled that our Weyermann® composition is once again a top representative of this beer style.

The European Beer Star is organized by the Association of German Private Breweries since 2004. It has long since become one of the most important beer competitions worldwide. After 2020, this is the third time, that our Weyermann® brew manufacture wins at the competition.

A total of 2,395 beers from 44 countries competed in the European Beer Star 2021. 130 international beer experts evaluated the submitted beers according to appearance, foam, aroma, and taste as well as varietal characteristics. In the 70+1 categories of the beer competition, only the three top beers were awarded gold, silver, and bronze.

We congratulate our Weyermann® brew manufacture team on this repeated success and all our customers who are among the award winners as well!

Photo: Constantin Förtner (Center) with his team of the Weyermann® brew manufacture

Contract signed for new roasting plant – made by Bühler 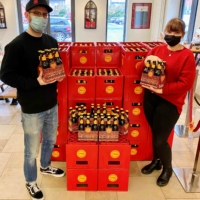